STATE OF THE ART TECHNOLOGIES

Dive into LPR market trends with AI solutions on EDGE!

Ask a question about our products now

Sales and technology partners of FF Group operate in more than 30 countries. 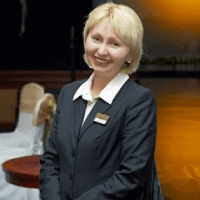 Head of the Partnership Relations

The team of our developers is formed by:

Programmers, who work both with standard PC-platforms and specific processing platforms for various equipment (video cameras, NUK platform and others).

Engineers, specializing in the areas of design and development of electronic devices for various fields of business.

The team of our developers maintains close ties with leading scientists and engineers both within and outside of Ukraine.

You have reached the end of the page. Have you got all of your questions answered? In case there is still something you want to share with us, don’t hesitate to write to us !

ANPR technology captures number plates within the field of view and recognizes templates of license plate numbers of various countries even in severe weather conditions. The system recognizes the number plate itself and the country where number plate is registered.
Key features:
The speed of capture and detection of number plate is about 10-40 ms. The system captures and recognizes license plate numbers at the vehicle speed of up to 200 km/h.
About 77 templates of license plate numbers are supported. Recognition accuracy is 95-99%.
These results were certified and validated by independent experts.
Recognition is carried out on the basis of the principle «as-your eyes-can-see-it»: in case the license plate number can be identified by human eye, it can be recognized regardless of light conditions.
Powerful postprocessing module provides additional adjustment of the system during operation, enhancing system efficiency in low-visibility conditions.
How it works:
Our technology captures and detects number plates, recognizes country and template, and stores the snapshot of the vehicle and recognition event into the database. The system captures multiple images of the same license plate number and selects the most quality one, so that the user can see the clearest image of the vehicle. Obtained data can be transferred into external applications.
Software developers and hardware manufacturers can use our application in their products.
The technology can be installed on PC or integrated directly into the processor of surveillance camera.
Manufacturers of the cameras will be particularly interested in the SDK, as there is a possibility to create intelligent camera capable of license plate recognition. This provides for a value-added product with sustainable competitive advantages.
Our technology is widely used in the surveillance cameras of world’s leading brands.

An accessible and easy-to-understand video guide on how FF Group’s complex solution for traffic and parking projects works. You take TraFFic CaMMRa as a data sensor and NumberOk META as an analytical data backend and get a powerful tool to solve different ITS business tasks. But let’s not talk too much. Just see the video guide!

This Mobile LPR application has been developed for smartphones based on Android operating system.

Pre-Installed Android LPR Application can be used both during walking patrols in the territory and from a
car (‘auto patrol’).

The assembled set is used on patrol cars in the following cases:

– Movement along the roadway. Patrol car with mobile LPR application installed on an Android mobile is
tracking number plates of vehicles coming or going the same way (same lane and next lanes to the left and
to the right, total approach speed up to 120 kph).

Mobile LPR software “NumberOK –Auto Patrol” was assembled as an analog of video equipment set for a
patrol car that comprises IP- camera, a laptop, a car power source, a laptop computer, and the NumberOK
software. The assembled set provides metadata collection, its processing and storing locally on a laptop
computer, or in a “cloud”.

Axis offers intelligent security solutions that enable a smarter, safer world. As the market leader in network video, Axis is driving the industry by continually launching innovative network products based on an open platform – delivering high value to customers through a global partner network. Axis has long-term relationships with partners and provides them with knowledge and ground-breaking network products in existing and new markets.

Axis has more than 2,100 dedicated employees in more than 50 countries around the world, supported by a global network of over 80,000 partners. Founded in 1984, Axis is a Sweden-based company listed on NASDAQ Stockholm under the ticker AXIS.

For more information about Axis, please visit our website www.axis.com.

Hanwha Techwin, founded as Samsung Techwin, is a surveillance, aeronautics, optoelectronics, automations and weapons technology company. It is a subsidiary of Hanwha Group. The company employs 4,501 employees and is headquartered in South Korea.

VIVOTEK (TAIEX: 3454) was listed on the Taiwan Stock Exchange in 2011. In 2008, a branch office was set up in California, USA. VIVOTEK established Europe branch office in Almere, the Netherlands in 2013, India office in Delhi in 2014, and Middle East office in Dubai in 2015. VIVOTEK is currently working with more than 183 authorized distributors in over 116 countries. For more information, please visit www.vivotek.com.

Launch mobile app that allows LPR straight from your Android. Take part in this new app beta-testing just by clicking on the link. Besides your help is precious, we guarantee to mention you amongst our active beta-testers! Let’s make our cities a safer place to live.

Close
1
1
1
NumberOk EDGE ANPR App
Serverless ANPR solution
We use cookies on our website to give you the most relevant experience by remembering your preferences and repeat visits. By clicking “Accept”, you consent to the use of ALL the cookies.
.
Cookie settingsI AGREE
Manage consent

This website uses cookies to improve your experience while you navigate through the website. Out of these, the cookies that are categorized as necessary are stored on your browser as they are essential for the working of basic functionalities of the website. We also use third-party cookies that help us analyze and understand how you use this website. These cookies will be stored in your browser only with your consent. You also have the option to opt-out of these cookies. But opting out of some of these cookies may affect your browsing experience.
Necessary Always Enabled

Any cookies that may not be particularly necessary for the website to function and is used specifically to collect user personal data via analytics, ads, other embedded contents are termed as non-necessary cookies. It is mandatory to procure user consent prior to running these cookies on your website.